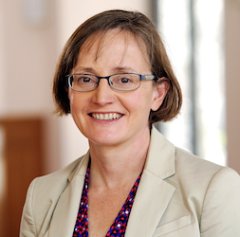 Not registered as user yet

Margaret Martonosi is the US National Science Foundation’s (NSF) Assistant Director for Computer and information Science and Engineering (CISE). With an annual budget of more than $1B, the CISE directorate at NSF has the mission to uphold the Nation’s leadership in scientific discovery and engineering innovation through its support of fundamental research and education in computer and information science and engineering as well as transformative advances in research cyberinfrastructure. While at NSF, Dr. Martonosi is on leave from Princeton University where she is the Hugh Trumbull Adams ’35 Professor of Computer Science.

Dr. Martonosi’s research interests are in computer architecture and hardware-software interface issues in both classical and quantum computing systems. Her work has included the widely-used Wattch power modeling tool and the Princeton ZebraNet mobile sensor network project for the design and real-world deployment of zebra tracking collars in Kenya. Dr. Martonosi is a member of the American Academy of Arts and Sciences, and a Fellow of the ACM and IEEE. Her papers have received numerous long-term impact awards from the computer architecture and mobile computing communities. In addition, she has earned the 2019 SIGARCH Alan D. Berenbaum Distinguished Service Award, the 2018 IEEE Computer Society Technical Achievement Award, and the 2010 Princeton University Graduate Mentoring Award, among other honors.