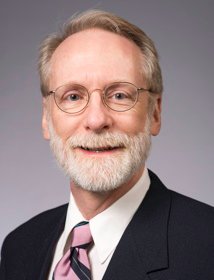 Michael L. Scott is the Arthur Gould Yates Professor of Engineering and past Chair of the Department of Computer Science at the University of Rochester. He received his Ph.D. from the University of Wisconsin–Madison in 1985. He is a Fellow of the ACM and the IEEE, and a 2006 recipient of the SIGACT/SIGOPS Edsger W. Dijkstra Prize in Distributed Computing. His textbook on language design and implementation (Programming Language Pragmatics, 4th edition, Morgan Kauffman, 2016) is a standard reference in the field. In 2001 he received the University of Rochester’s Robert and Pamela Goergen Award for Distinguished Achievement and Artistry in Undergraduate Teaching. He spent the 2014–2015 academic year as a Visiting Scientist at Google.