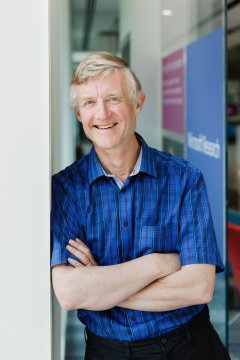 Simon Peyton Jones, FRS, graduated from Trinity College Cambridge in 1980. After two years in industry, he spent seven years as a lecturer at University College London, and nine years as a professor at Glasgow University, before moving to Microsoft Research (Cambridge) in 1998.

Simon is chair of Computing at School, the grass-roots organisation that was at the epicentre of the 2014 reform of the English computing curriculum.